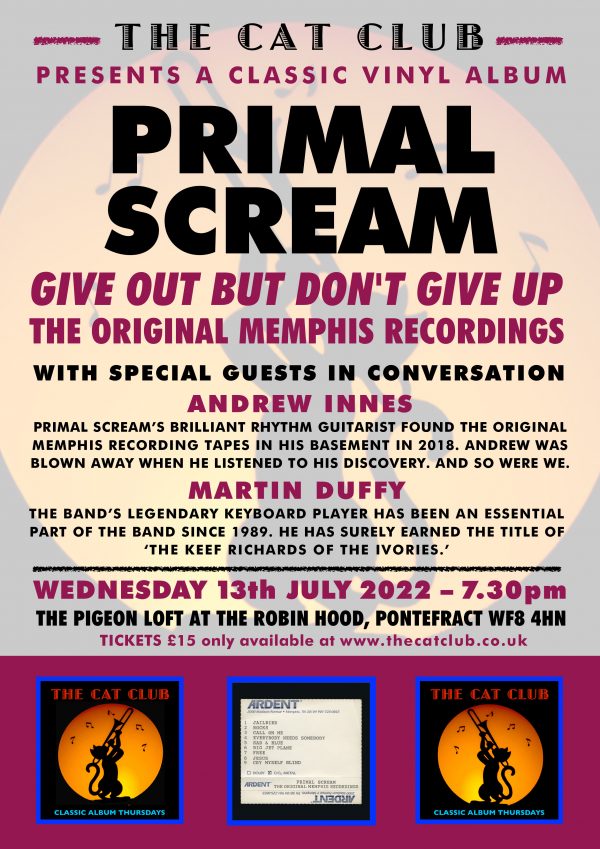 Primal Scream: Give Out But Don’t Give Up – The Original Memphis Recordings

In 2018 Andrew Innes, Primal Scream’s guitarist, found the original tapes of the band’s recordings in Memphis of their album, Give Out But Don’t Give Up in his basement. The tapes featured the original mixes of tracks recorded by producer Tom Dowd at Ardent Studios, Memphis, with the Muscle Shoals rhythm section in 1993.

The tracks had been reworked for the 1994 release of the album and the original tapes lay forgotten until Andrew’s discovery. He played them to the band’s singer, Bobby Gillespie who said, ” They sounded really beautiful, really clear, well-produced; incredibly performed by all the players and musicians and singer – I was blown away when I heard it.”

We are delighted that Andrew Innes and the band’s legendary keyboard player, Martin Duffy will be with us as our very special guests.

No use of mobile phones permitted during this event.